If Only There Were Waves

Kamakuru is a short train ride from Tokyo, and while the main attractions are the multitude of shrines and temples, there's a beach where ardent Japanese surfers go to. Unfortunately there isn't much in terms of waves, although it does provide a nice contrast from the dense streets and neon lights. 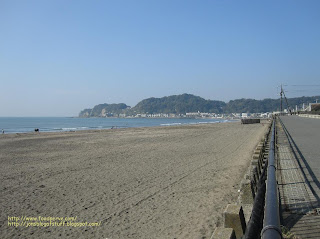 Yes, I know I should have been eating more of the traditional foods found in Japan, but I decided stop into this burger shop for some brunch. I'd veered off the track a bit and needed to rest up in any case. Often I've found its the stories people tell you and their willingness to share that made Japan a special place to visit. On this particular occasion, one of the guys that worked there made conversation with me about where I was from and where I was staying. It turned out that Bill Granger has started up a restaurant nearby and he'd worked there forBill for a year learning from him. Then we got talking about the surf beaches in Australia (of which I know nothing about) and his wish to come to here one day (mainly for the surf!). 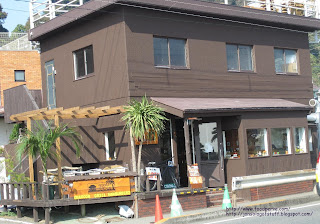 Anyway, I filled up with this offering: 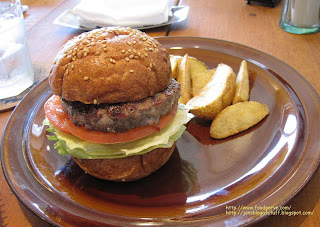 One thing I'll say about Japan; More often than not, the actual food represents a close likeness to pictures in the menus or plastic food displays. A really nice burger, thick patty and fresh, simple salad and sauce.