Blame it on the missing camera cable needed to upload pix - and my general laziness (not a good combo) but now all is well after Serenity Later discovered the missing cable hidden in of all places the camera box! Ahem!

In further support to the amnesty at Eating with Jack and Jfox I add some overdue posts- First up:

After going to watch Woyzeck at the Malthouse we met up for a few snacks and drinks at the Yak Bar in Collins Street. It's a pretty quiet joint every time I've been there but we were happy to have attentive and entertaining service. 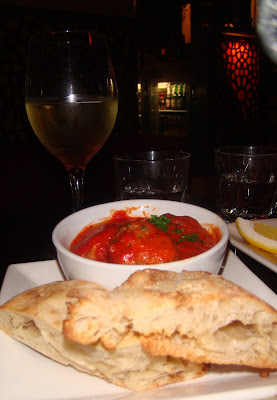 Yes, most pubs get away with serving 'tapas' and although Movida was just down the road, we were quite happy to down some simply prepared chorizo, dips, spicy meatballs and fried haloumi cheese. 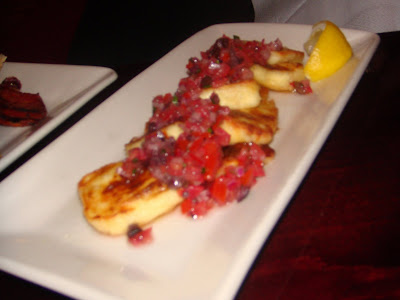 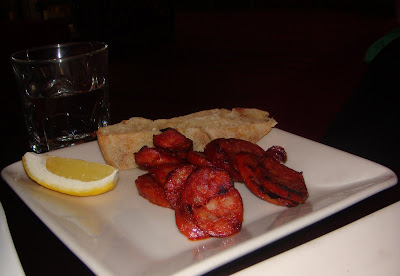 And although I'm fully aware you can get the stuffed pepper dews (or any of those ingredients) from any market or deli- I'm still an avid fan... they are afterall, the smaller firey cousin of red capsicums. And besides, it's always a buzz playing Russian roulette in anticipation of biting into the 1 in 8 extremely hot peppers! 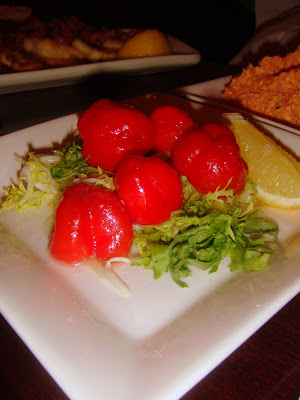 Chairman Kaga's can have his yellow capsicums- give me red ones anyday!