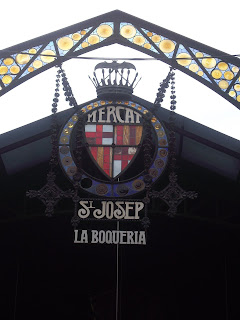 It was inevitable that I'd end up in Barcelona one way or another. I mean , if someone goes to the trouble of going to spain for the first time, Barca would have to be an obligatory stop. I fell head over hills with Sevilla but Barcelona wooed me and won me over purely by stealth. Going to visit La Boqueria a couple times had a great deal to do with my turnaround (having to battle the mobs on La Rambla though to get there was a bit daunting - bloody tourists ...yeah i know ;-P). 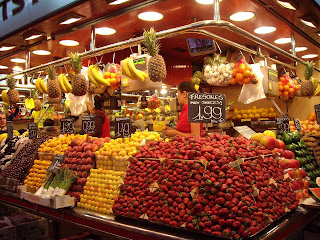 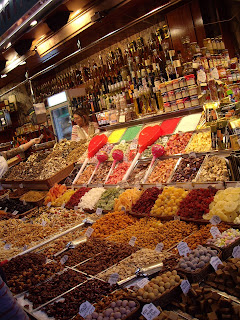 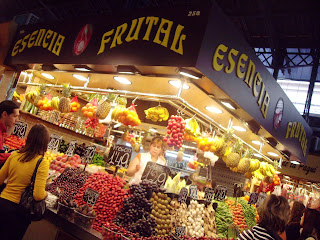 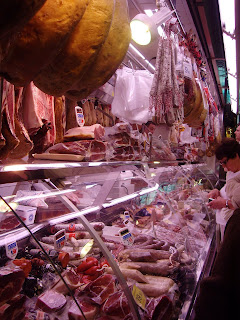 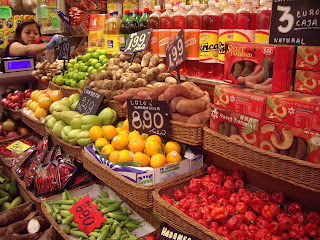 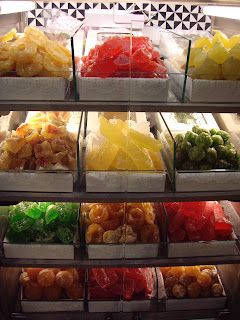 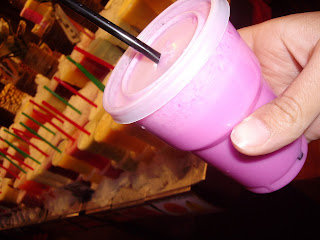 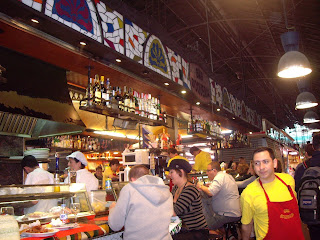 One of the many eateries on offer in the market 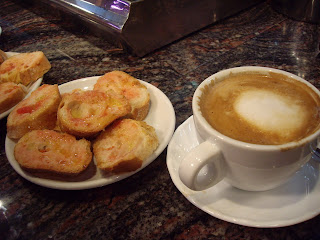 ...and my accompaniments for sitting back and enjoying the sights, smells and sounds of this wonderful place (pan con tomate & cafe con leche)

Postscript: I should add that the number of tourists taking snapshots of the place was phenomenal. Could it be that they too were all food bloggers?

at 5:01 pm Posted by Serenity Later