There's a whole slew of restaurants at your fingertips on King Str and it can be intimidating to choose one when overwhelmed by so many. Luckily I met up with Jaye on a recent trip to Sydney and she suggested this place which is well known because of owner and chef Angie Hong has appeared a few times on Food Safari- so was pretty excited to eat here! 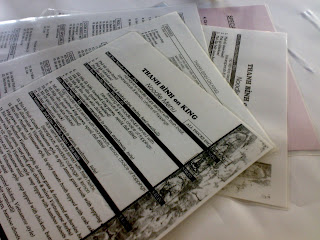 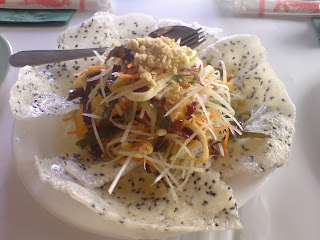 Although we were only there to graze, I couldn't resist the the green papaya salad which after a long hot day of running around the city was so refreshing and tangy 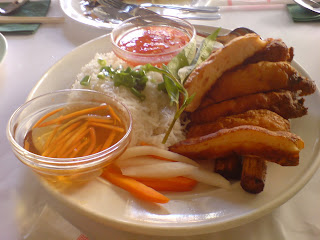 Didn't get a chance to take photos of the assembly process but this shows the sugar cane prawns and other tasty treats we had with the make-your-own-paper-rolls! Maybe it's because you have to wait while you put everything together and then laugh over the poor workmanship when it resembles an overstuffed exploding pillow instead, but it's definitely more fun when you make your own meal!